Being a Handler with us 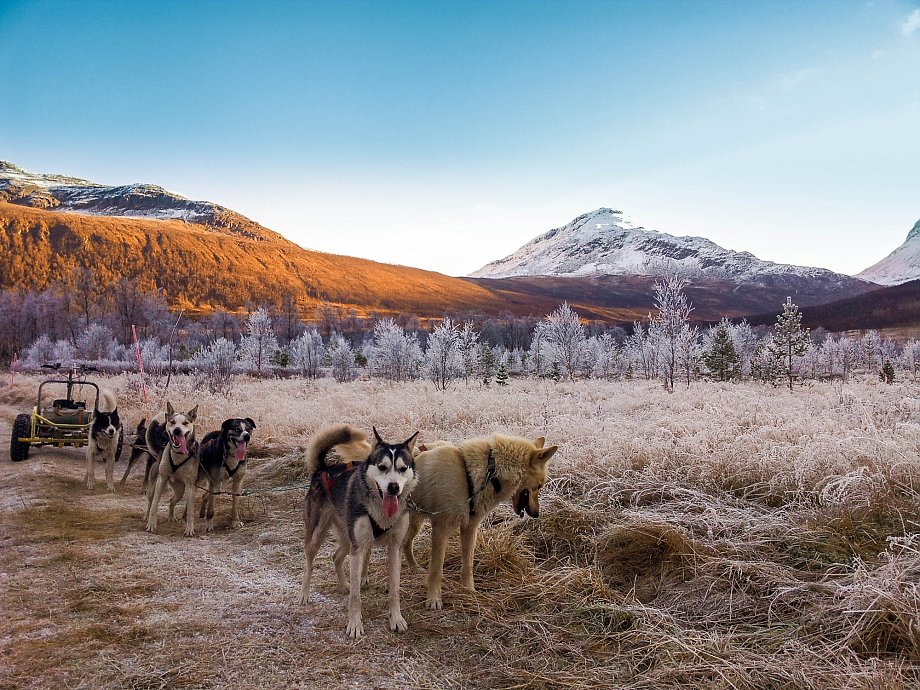 Working on the Lodge

The never-ending work with 60 Alaskan huskies and 6 reindeers means that from time to time we may need helpers, who prepare our dogs and reindeer for the tour season. 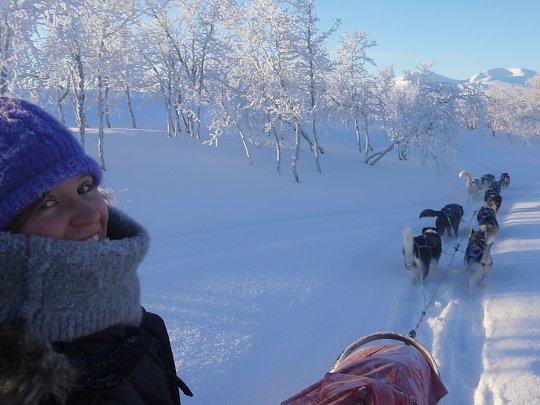 Here is a compilation of the requirements for dog trainers. For dog workers we offer room and board, a lot of unforgettable experiences with our animals and insight into life in the North.

At our farm the dog training begins at the end of August and ends four months later in December. The “handler”, dog musher lingo for dog trainers, is responsible for the dog training for the entire training period. However, it does take its time until you get to know the character of each dog. Only then would you be able to respond to each dog individually. Now, it’s important to establish which dog can run at which point of the outfit. New leads dogs must be trained. The young dogs needs a lot of attention because they need to be incorporated into the outfit.

A consistent and firm handling of the dogs is very important. The training has to be calm but determined and a clear line has to be drawn for the dogs. During the snow-free season we use “Troll Carts” for training, which are specially built for the purpose of dog training, or a ATV, also called “Quadrunner”. Each dog should be on the move at least every two days. Since the training tracks are extended daily this task eventually takes all day. 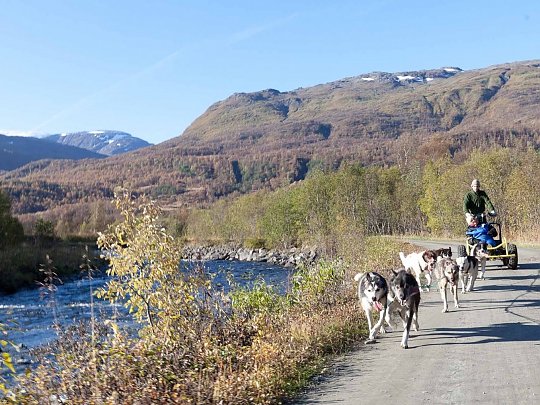 Once there is a sufficient cover of snow, usually in late November, we move over to training with sleds.
Training continues right up until the end of the season, usually just before Christmas. After which the dogs are on treks. For your stay there is hut/room, and of course, good food.

Not only the dogs need to be trained. There is much more work to be done in the fall! Dog food for the winter has to be prepared, food for the tours has to be cooked, firewood chopped and stacked, sleds have to be built and repaired, and much more. The forests are chock full of berries and mushrooms ripe for the picking.

Finally, our reindeers need exercise. They need to be taken on regular walks around the valleys – with or without guests.

The “Handlers”, therefore are not just dog trainers but must also be capable of handling the farm and guests when we’re away! 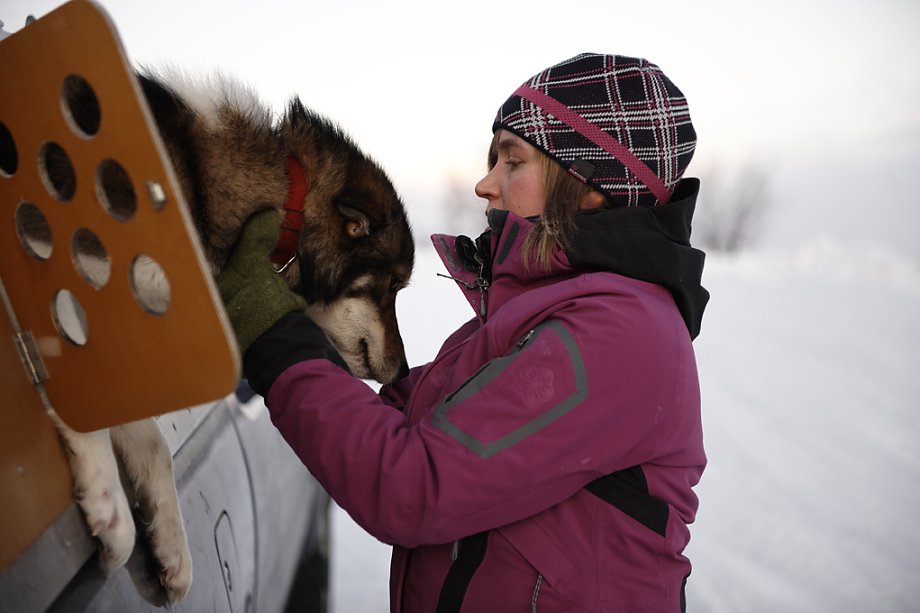 A day as a handler

Some pre-requisites are to become a Handler. Of particular importance are independence and a sense of responsibility, and organizational skills are always useful.

The demands of the jobs will be easier on those who are not shy of physical labour.

A Handler should be in good physical condition and should have some strength. The dogs need to be fed daily and put in and out of the harnesses. In addition to the training there is a lot to do at the Huskylodge, the dog stables, sleds and equipment needs to be repaired and maintained. The workdays quickly become long.

Please apply with a brief description of your outdoor and winter experience, education, skills and knowledge. Experience with dogs/animals, age, a picture, and contact details via e-mail.

We have two handler position per year, therefore you’re encouraged to apply as a pair.