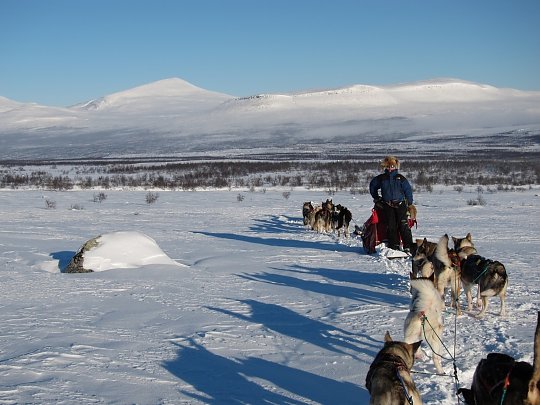 The special tour north is a challenging expedition, during which we move on a little-traveled trail network and passing through all the landscapes of the north.

The idea is to ride through the Northern tip of Sweden, so the entire area north of Kiruna and the Dividal National Park and the Rokhunborri National Park in Norway. 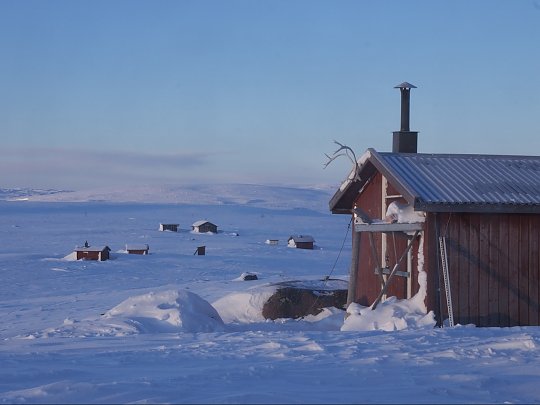 Somewhat simplified, one could say that there are merged expeditions “Jukkasjärvi” and “Dreiländereck”.

Through our continuous contact with Saarivuoma Sameby (a village of the Sami/Laplanders that manage large parts of the expedition area) a few cabins have been opened. Therefore, the many camping nights can be replaced by cabins nights every now and then. This allows the equipment to dry. 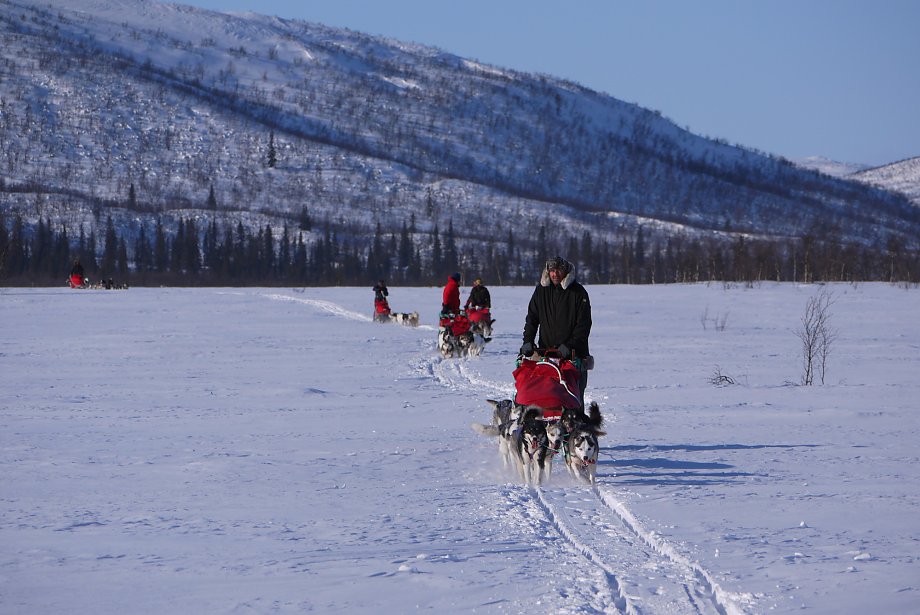 This tour has a lot to offer! After two days we move away from the Norwegian mountains into the lower-lying Swedish taiga. The terrain is much flatter and woody. By the 4th day we should have reached the coniferous forest border. Here we can look forward to evenings around the campfire!

The current season is fully booked. 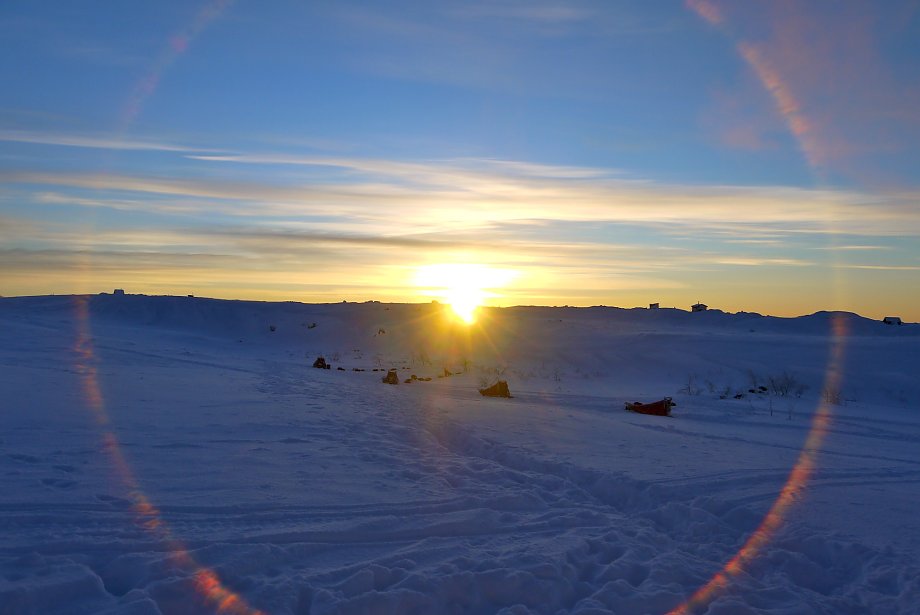 From the lake Vittangijärvi until just before Järämä we move through the pine forest, which is repeatedly interrupted by swamps.

North of Järäma we get above the tree line. Only shortly before the border triangle region do we dive back into the birch forest. Here it becomes mountainous again.

On the Norwegian side we cross the Dividal National Park. After about 12 days, we cross the Altevatn and move through the Rokhunborri National Park in the direction of Salangsdalen and return to the Huskylodge. 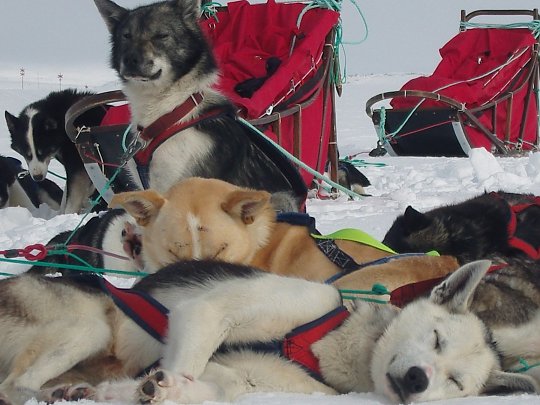 In order to ensure safety, the heavy weight of the sleds initially forces us to shorter stages. But as we continue to move on the first day on the lake Altevatn and then east downhill rather than uphill, the high carriage weights are easy to master. Also, we have set up a depot halfway. 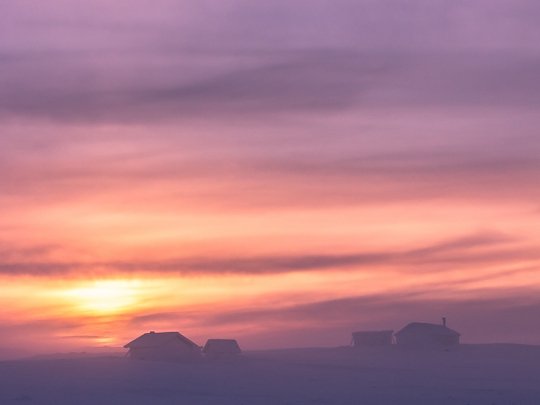 This tour is strenuous for the dogs! That’s why we’ve set up a depot roughly at the halfway mark of this tour, allowing us to reduce the load on the sleds. The dog food, for 6 teammates, alone weighs half a tonne, which distributed on the sleds is at least 80kgs per! That’s why we have to be economise on the remaining gear.

Because of the weight and length of the tour participants should be prepared to support the dogs where possible. Should they loose their will, we’ll quickly be left out in the cold (no pun intented).

The current season is fully booked.