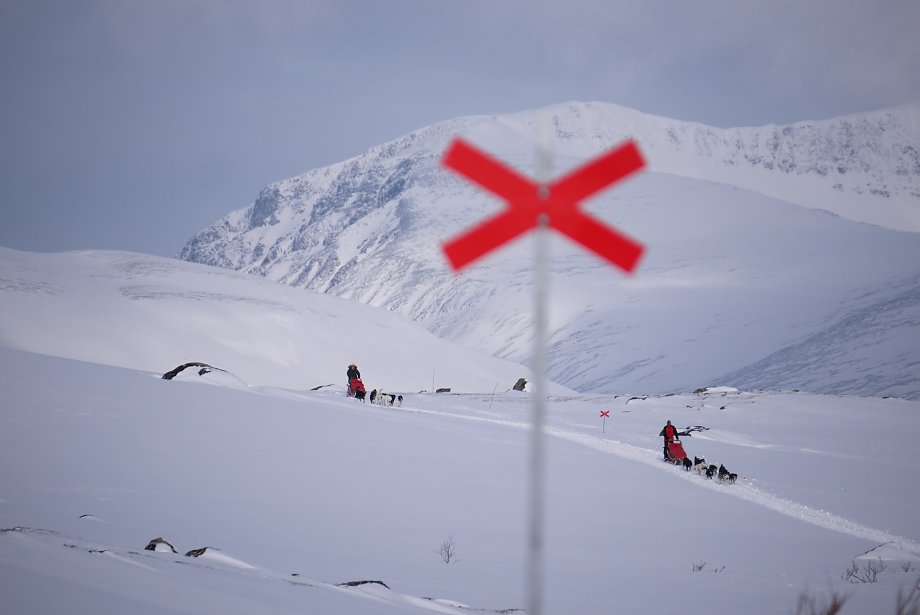 This demanding tour is designed for advanced students who have been on a husky tour or have good outdoor experience.
At the beginning this tour takes place on a similar route as the expedition Jukkasjærvi. Then it takes us past Kiruna. Here we turn towards South and follow a trail to the lake Paittasjärvi. Shortly before the Nikkaluokta settlement a campfire beautifies the evening for the last time. Because from here it goes uphill and we quickly arrive at the tree line by the Kebnekaise Fjellstation. 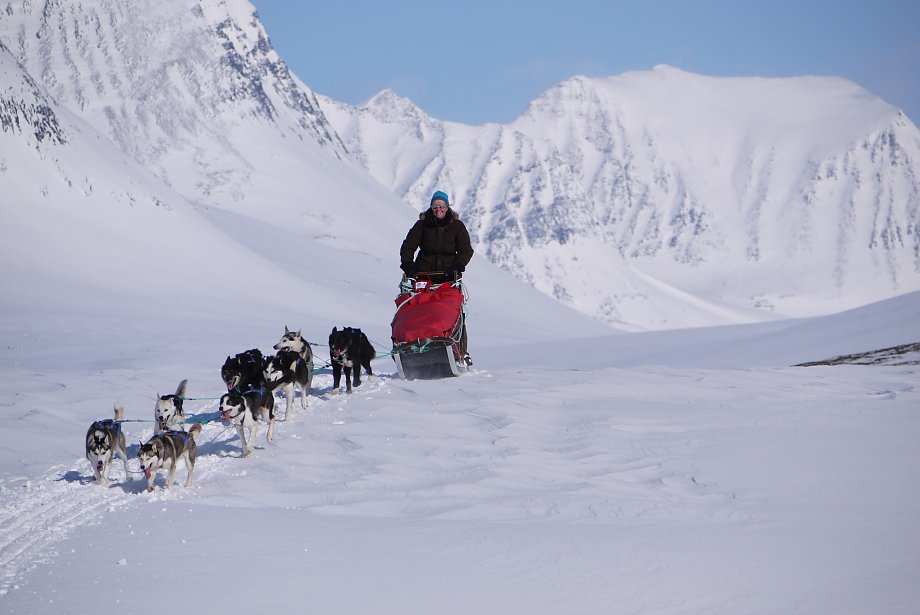 The reason for this tour was the frequently expressed desire to go on a longer tour that explores new areas.

On the route all the scandinavian landscape forms are crossed, with the highlight of the Kebnekaise (2,117 meters), is Sweden’s highest mountain. The area around Kebnekaise counts with several peaks around 2000 meters of Sweden’s alpine mountains. Here we have to overcome challenging, steep mountain passes such as the Tjäktapass! 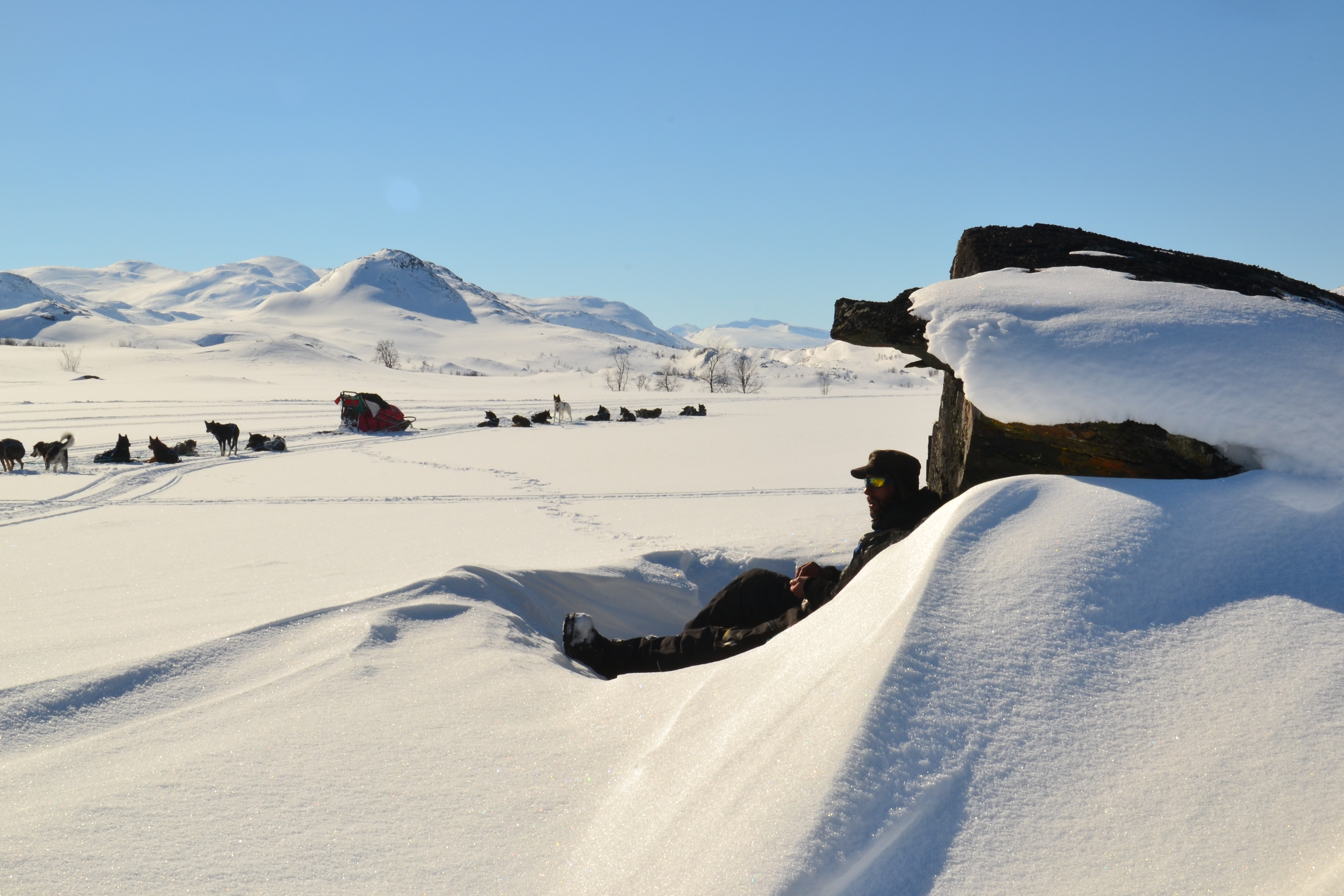 Clean air and room to breathe 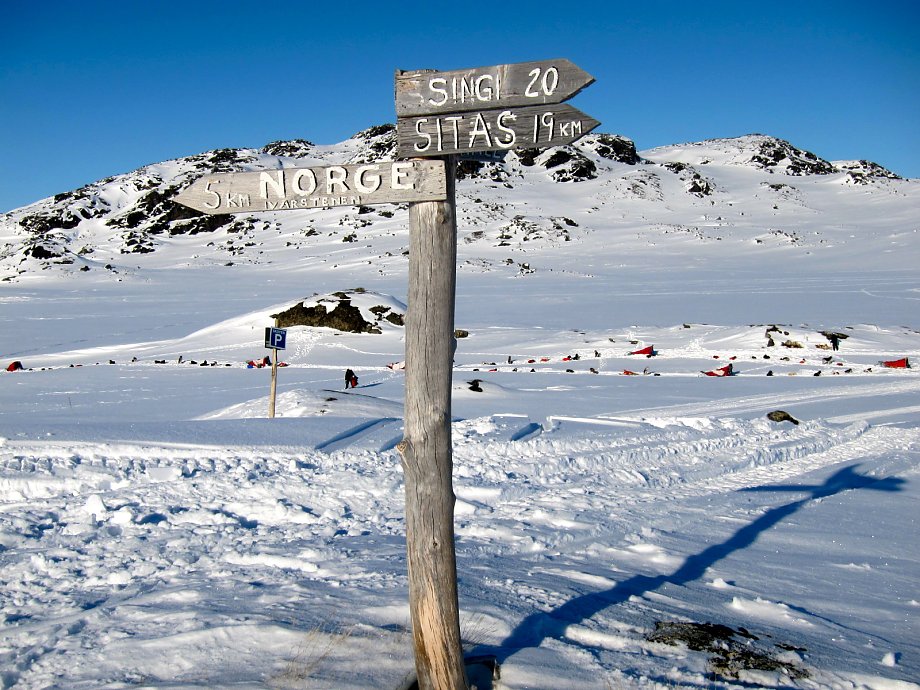 If the weather and snow conditions are good, the expedition turns towards the West in Laukuluspa only to encounter the Kebnekaise mountain station on the King’s Trail in Nikkaluokta.

The shorter alternative leads along the Rautasälven river over the lake of the same name after Allesjaure to a very comfortable cabin of the Swedish Tourist Association.

On the penultimate day of the tour we cross the Abisko nationalpark and we go over the mountains back to Huskylodge. 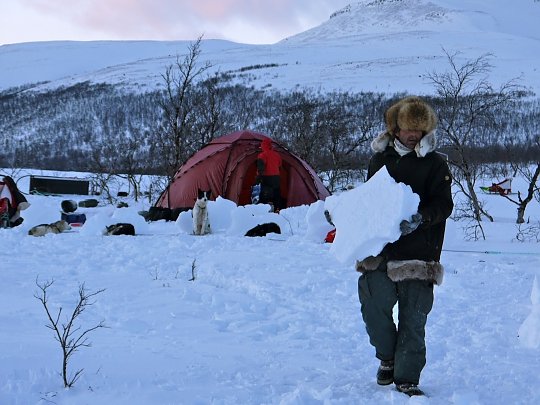 In harsh weather conditions and lots of snow this tour is challenging and the participants need stamina and endurance.

We stay mainly in cabins and at least two nights in the tent. 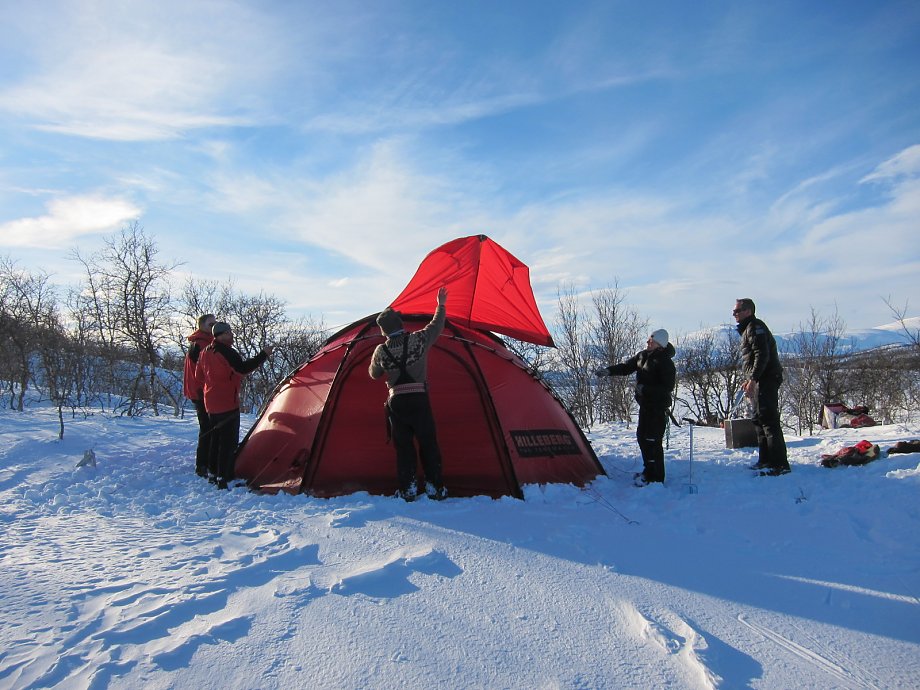 The two alternative routes give us security and the option to spontaneously adapt to changing conditions. We always try to have at least one day of rest, which not only the dogs but we can benefit from.

The distance covered during the longer route of the expedition is about 500 km. 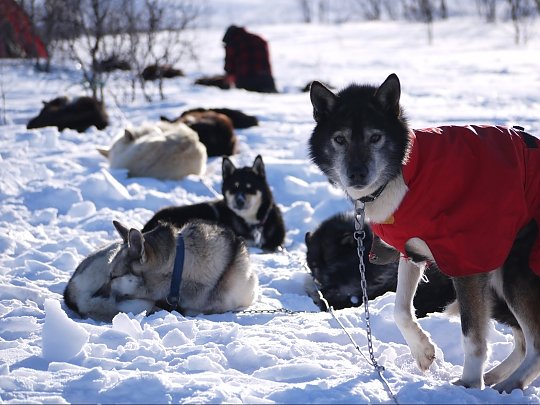 This tour is strenuous for the dogs! That’s why we’ve set up a depot roughly at the halfway mark of this tour, allowing us to reduce the load on the sleds. The dog food, for 6 teammates, alone weighs half a tonne, which distributed on the sleds is at least 80kgs per! That’s why we have to be economise on the remaining gear.
Because of the weight and length of the tour participants should be prepared to support the dogs where possible. Should they loose their will, we’ll quickly be left out in the cold (no pun intented). 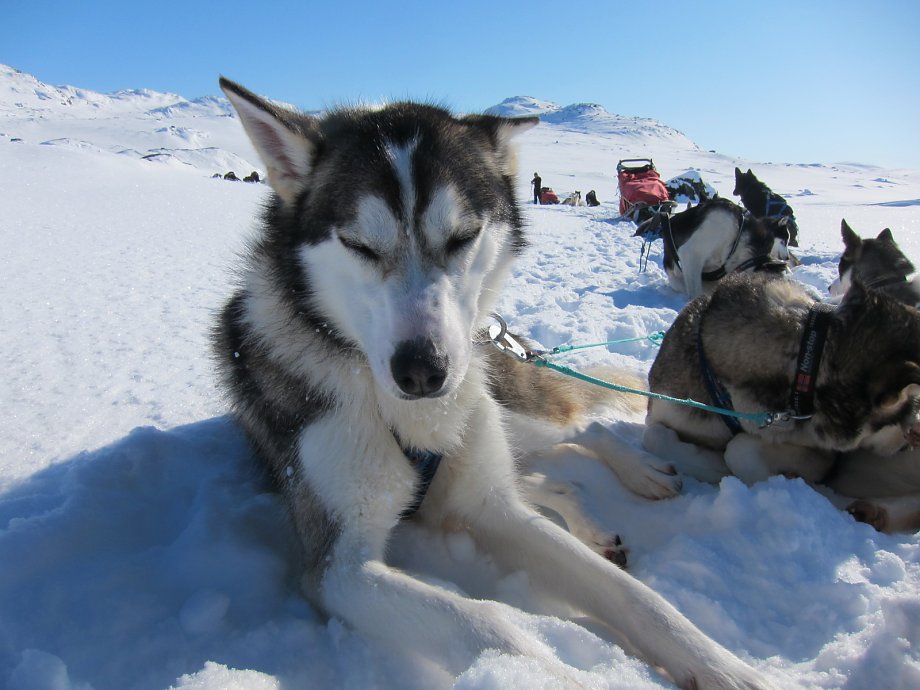 “With the dogs we are everything – without them nothing”

During the tour it is important to develop an intiuitive sense for the mental and physical condition of the dogs. What have the dogs done so far? What do they face during the next stage?

Only once you can correctly read the condition of the dogs is it possible to continuously motivate and support them.