Reindeers are amongst the most nothernly living large mammals. They inhabit large parts of northern Eurasia and North America. They can even be found on high arctic islands such as Svalbard, Ellesmere Island and Greenland. To escape the arctic winter the reindeer herds migrate up to 5000 kilometres – the longest regulation of land mammals!

The great herds of reindeer in Lapland and East of Russia are all about “semi-wild” reindeer who are under the care of the Samen.

The beginning of the utilization of reindeer herds for natural grazing began about 5000 years ago in Siberia.

In Northern Europe the Samen were very successful in domesticating reindeer. Until the 17th century they were exclusively used as load and draft animals, but pressure in form of higher tax payments resulted in the expansion of the domestication. To this day reindeer herding (often semi-nomadic) is practiced in Lapland and northern Russia. In Norway and Sweden it is a privilege awarded to the Samen, in Finnland it is mainly practiced by Finns. The free-roaming herds are followed by people who on occasion herd the animals together to mark calves or slaughter chosen animals.

During the mating season in October stags will try to gather a harem around them, and mate with as many females as possible. After a gestation period of 230 days the doe gives birth to a single calf. Births normally take place between May or June. Unlike most fawns the calf is not spotted and becomes independent quickly, running even one hour after being born. As long as it remains dry the calf will be protected by its air-filled coat. However, in wet weather the mortality rate is very high, even though they can speed up their heat production five fold, thus possessing extraordinary thermoregulatory abilities. Animals become sexually mature after about two years. On average the animals live 12 to 15 years, but occasionally more than 20 years. 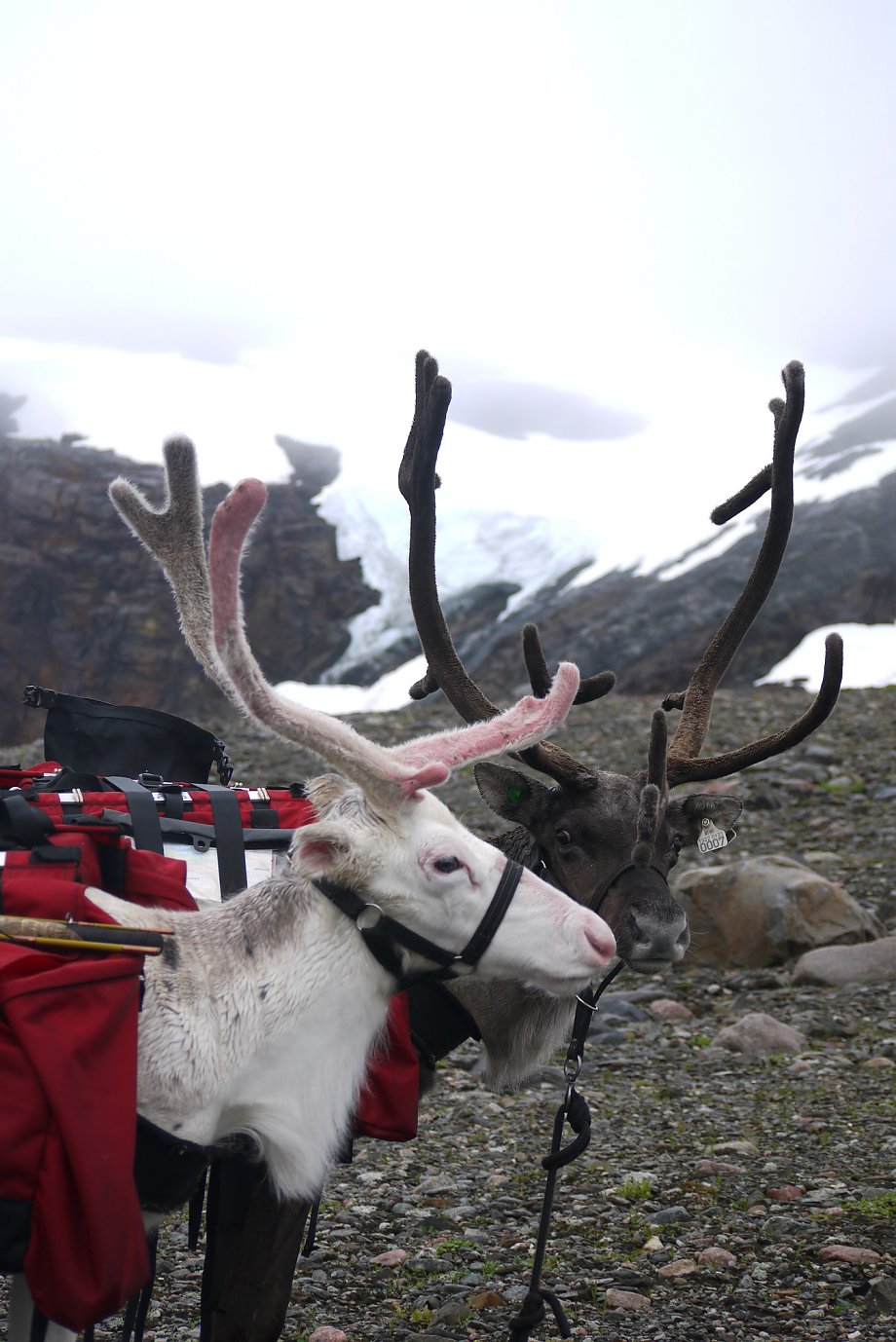