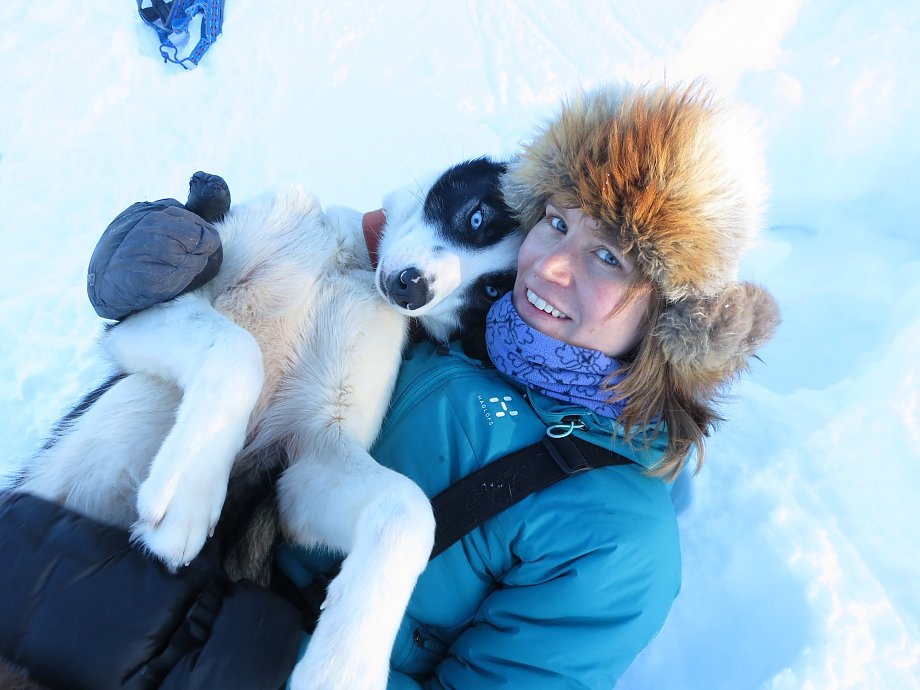 … I grew up in Vardø, a small fishing town situated at Norway’s outmost northeastern cost. At an early stage, my huskies and the outdoors affected my life.

Vardø is the only city on Europe ́s mainland, which is situated in an arctic climate zone. Due to the rough climate, people here feel very close to nature.
I spent big parts of my youth on the vast plains of the Varanger peninsula and on countless trips in my father ́s fishing boat on the Barents see.

Already as a teenager I had my own team of twelve dogs, which served me as a means of transportation during the longest time of the year – the winter. I used my dog team to get to school, and later to work.

I studied nature and wildlife management at Hedemark university. Furthermore, I hold an agronomist ́s degree, and I attended a one year program in dog mushing at the Malangen community college.

I met Jan, where the both of us were working as dog mushers. 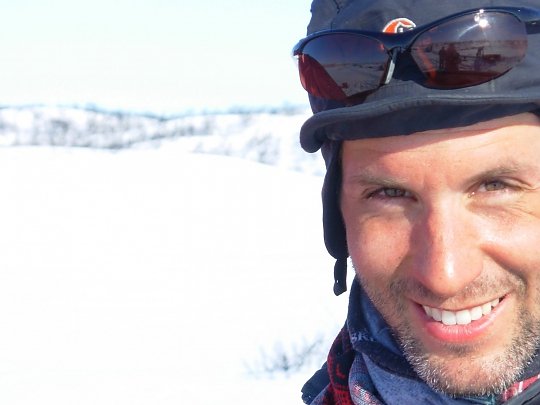 …my attraction to the North and nature began in my teen years, during which I toured northern Scandinavia by foot, canoe and kajak.
I grew up in a small southern German town, on the banks of the Rhine close to the Swiss border. Even then, I was fascinated by Dogsledding races in the Black Forest.

During my civil service I worked at an institution for differently-abled people close to Trondheim. This placement intensified my interest in Scandinavia. However, before I got completely lost to my Northern love, I trained as a Chef in Berlin. Three years later, I left my position as “Gardemanager” at the Michelin star awarded restaurant Facil – destination northern Norway.

During a hike I stumbled upon the Huskyfarm Innset. Now one of our partners, this is where I rediscovered my love for dog sledding. I had two more stops as a Chef first in Spitzbergen and then in Tromsø, where I started my work as a dog musher and guide.

This is where I met Ane and her fantastic dogs.

We quickly decided to share our lives, moved to Bardu and became dog mushers and reindeer tracking guide.